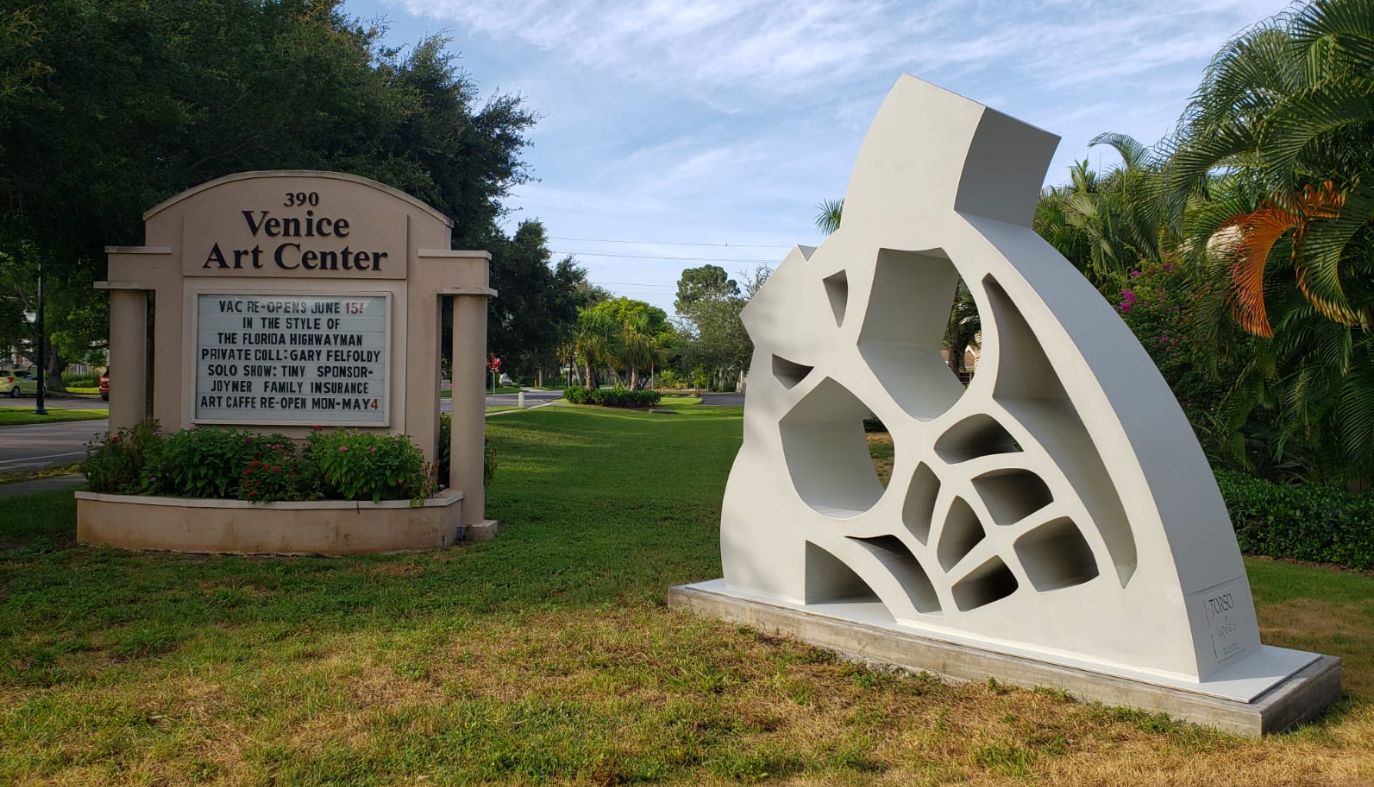 Venice - The Venice Art Center has some new art for itself -- outside.

The art center called Tuesday a "very special day" with the placement of the Torso sculpture.

It was created by metal sculpture lugufelo who has been creating large-scale public art for about 20 years.

"Born in Venezuela, lugufelo has been inspired and influenced by one of the great masters of kinetic design, Jesus Rafael Soto, under whom he studied for a period of time," according to his website. "lugufelo came to the United States in the early 1990s in an attempt to escape the deteriorating situation in his country and became a US citizen in 2009. lugufelo’s work is known to be bright, energetic, inspiring, and full of optical illusions."

The Venice Art Center thanked the "generous" dinations from Ed and Debbie Cambell "for helping make this happen."

Exponential Construction helped with its placement.

The Venice Art Center is at 390 Nokomis Ave.

The Torso sculpture was place at Venice Art Center on Tuesday afternoon.